“The 1.5°C warming target is not out of the world’s reach, but we are fast running out of time.

“Coal, carbon markets and financing are among the issues upon which we hope to see meaningful progress at COP26. However, we are acutely aware of the power and responsibility that we all have as investors. Engagement and stewardship are primary tools in delivering a positive ‘real world’ contribution to the fight against climate change. As the crisis becomes more urgent and the impact more visible in our everyday lives, our willingness to mobilise our influence as investors will be pivotal to how this global story plays out.”

“The 1.5°C warming target is not out of the world’s reach, but we are fast running out of time.

“Coal, carbon markets and financing are among the issues upon which we hope to see meaningful progress at COP26. However, we are acutely aware of the power and responsibility that we all have as investors. Engagement and stewardship are primary tools in delivering a positive ‘real world’ contribution to the fight against climate change. As the crisis becomes more urgent and the impact more visible in our everyday lives, our willingness to mobilise our influence as investors will be pivotal to how this global story plays out.” 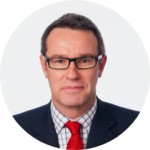 Busting sustainable finance myths: Why Tariq Fancy is only half right on ESG

Head of Investment, International at Federated Hermes
Read the article 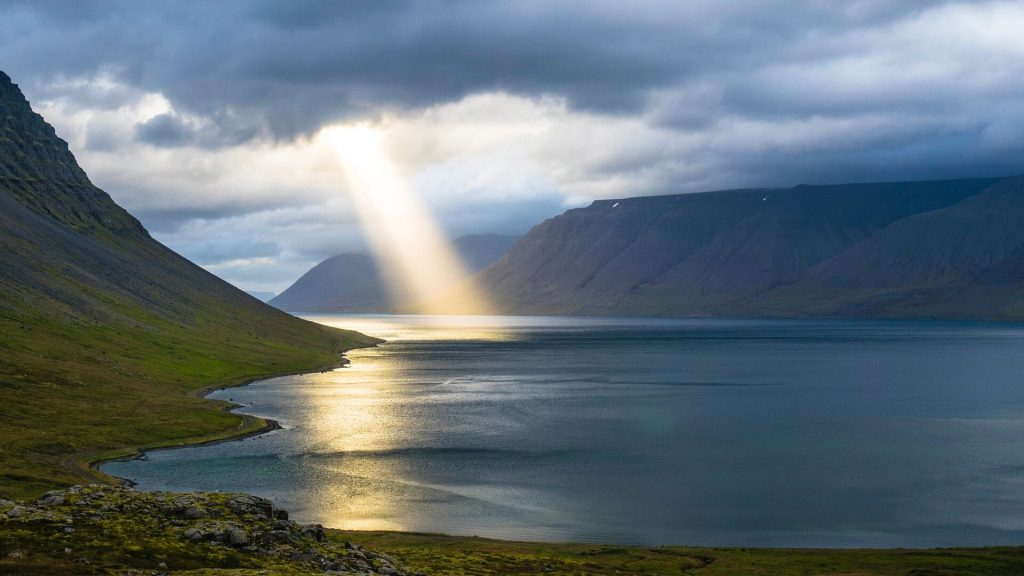 For COP26 to be effective, the investment industry needs to play its part 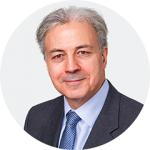 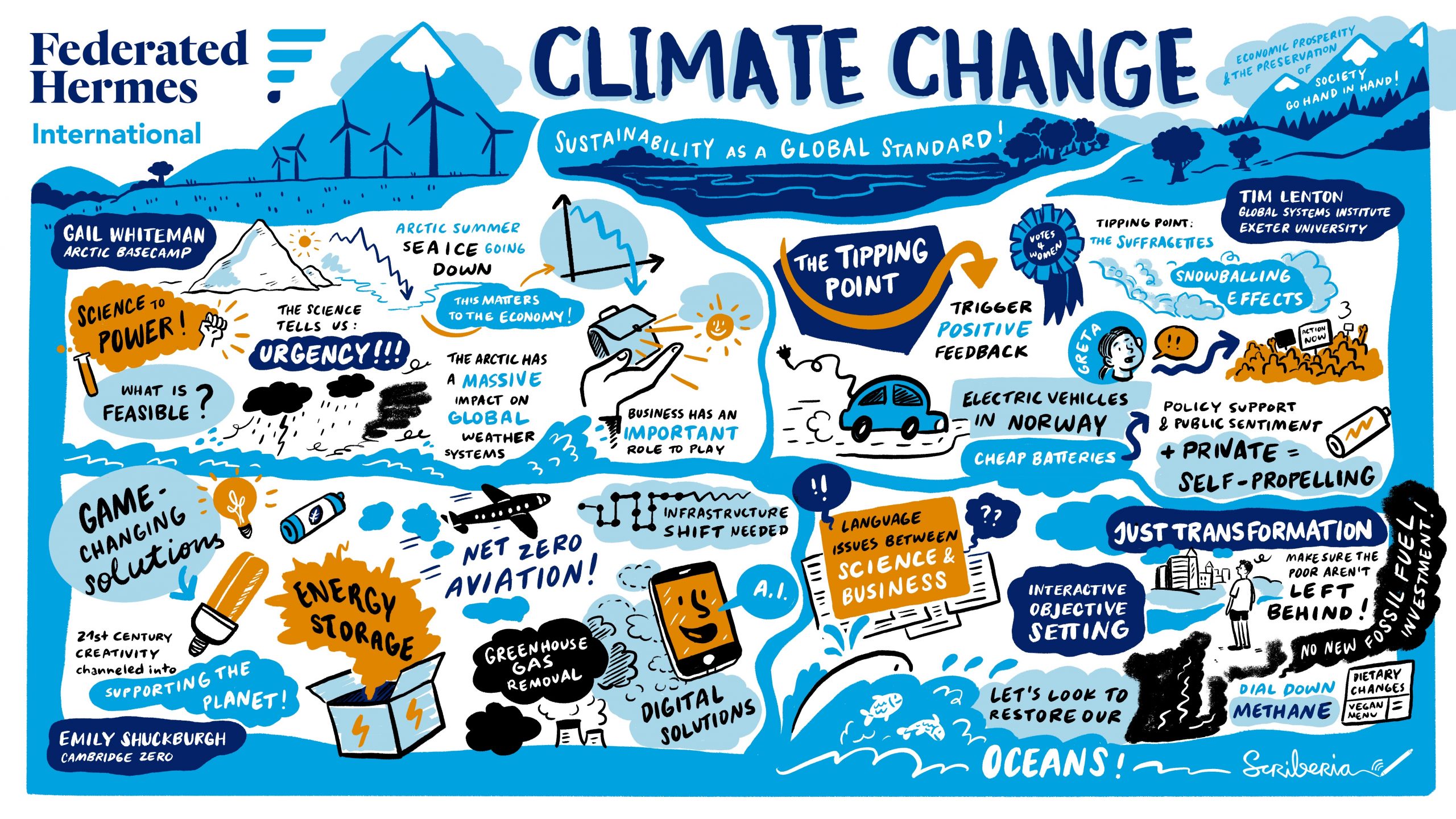 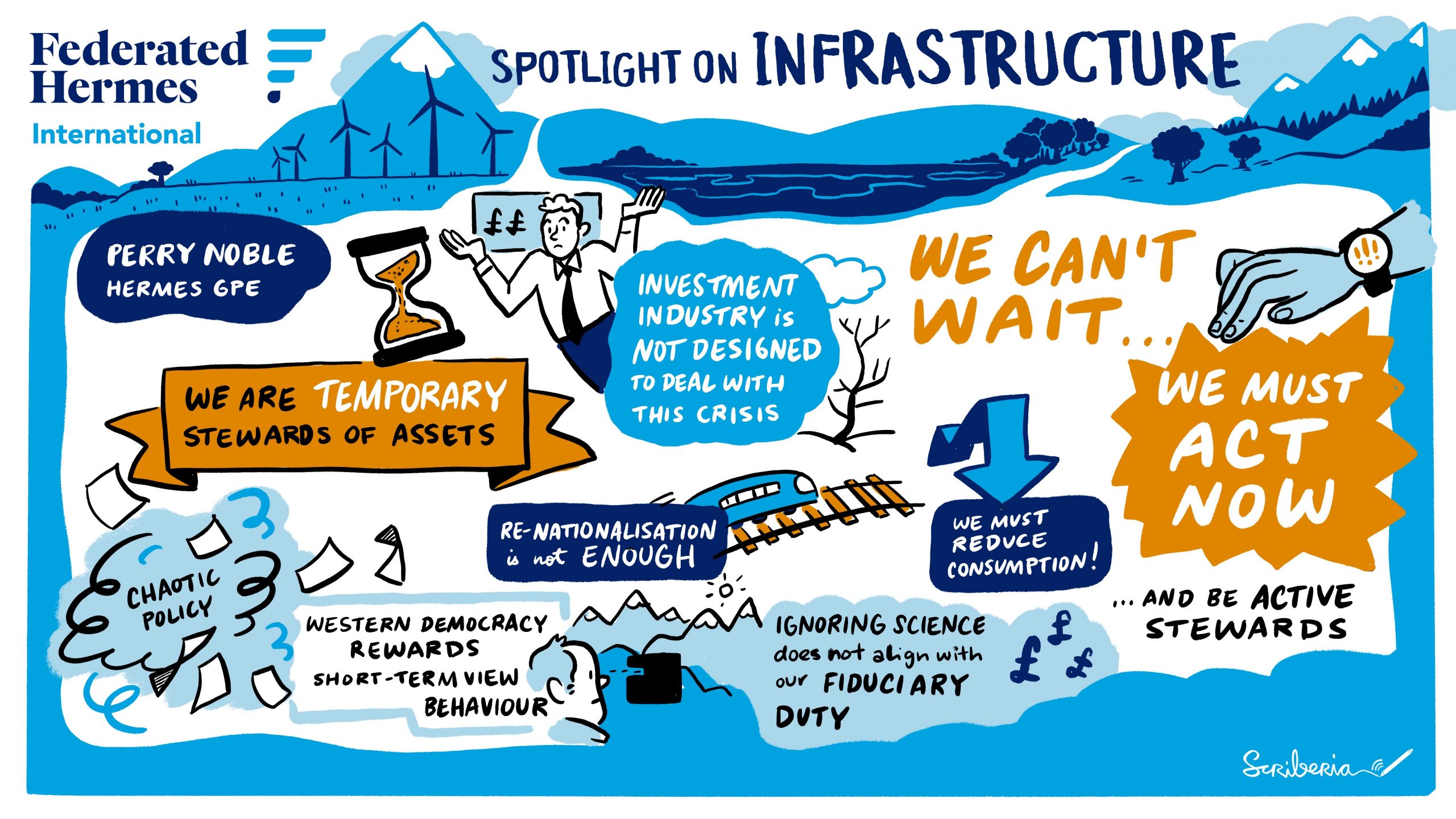 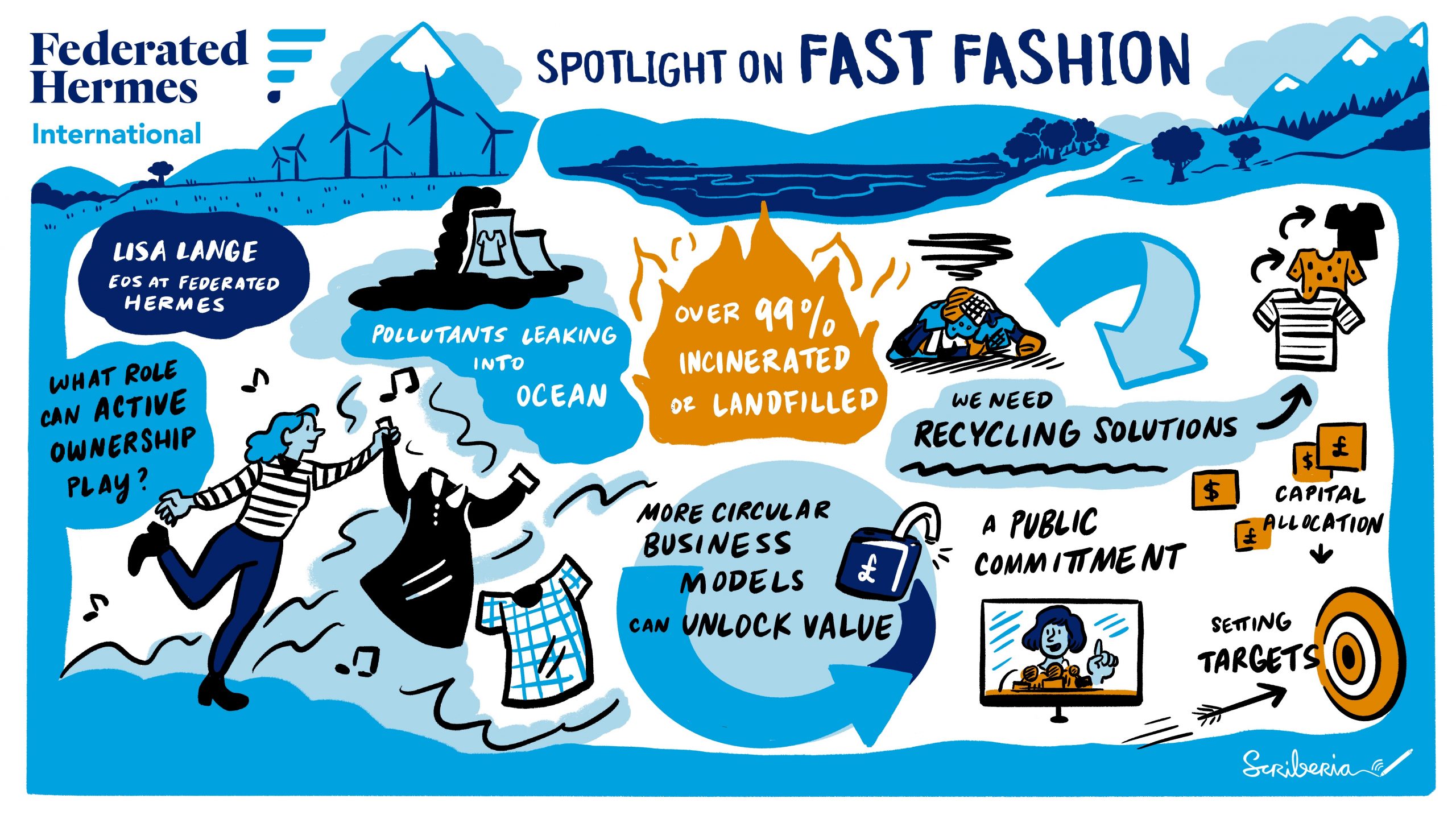 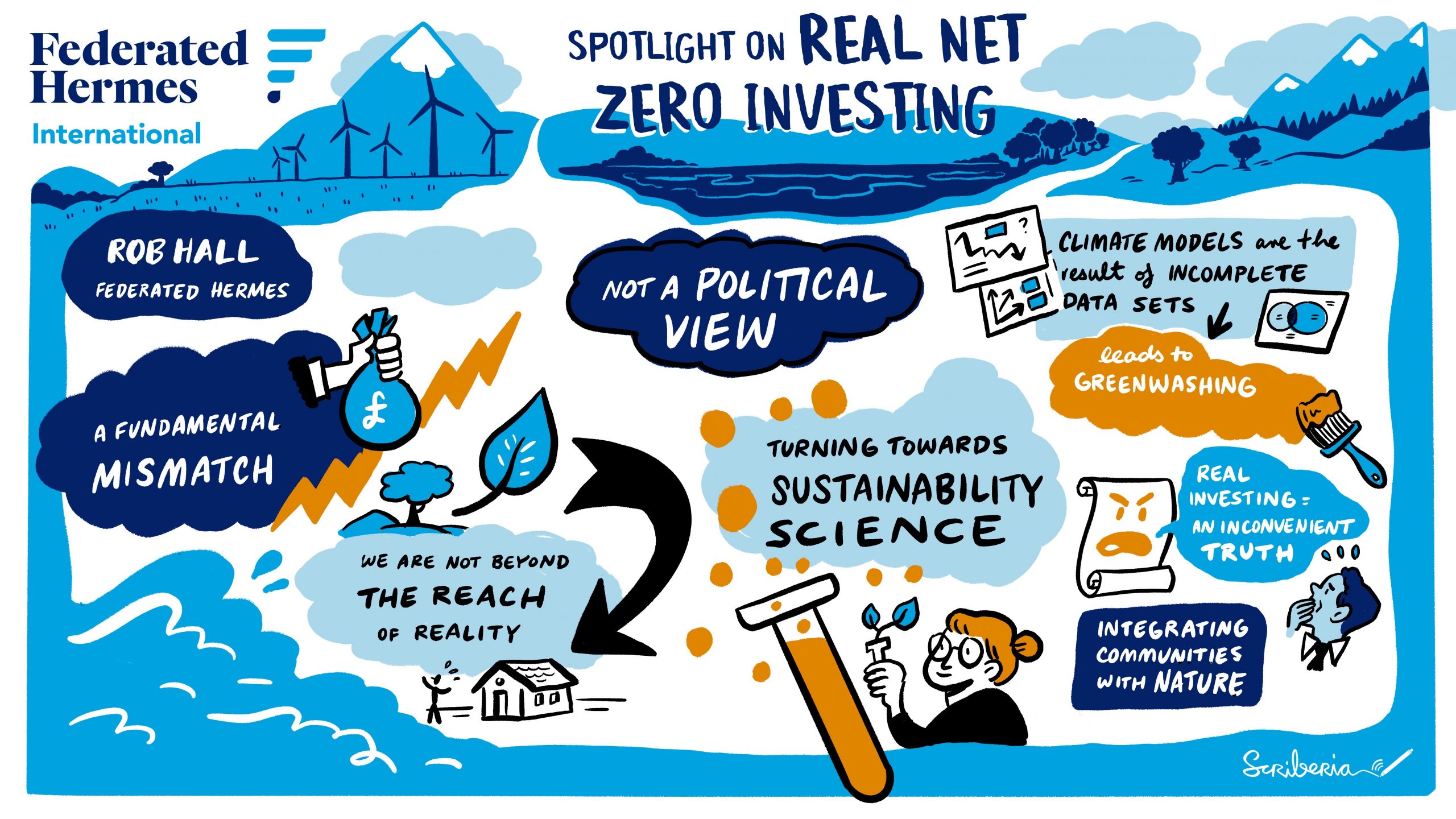 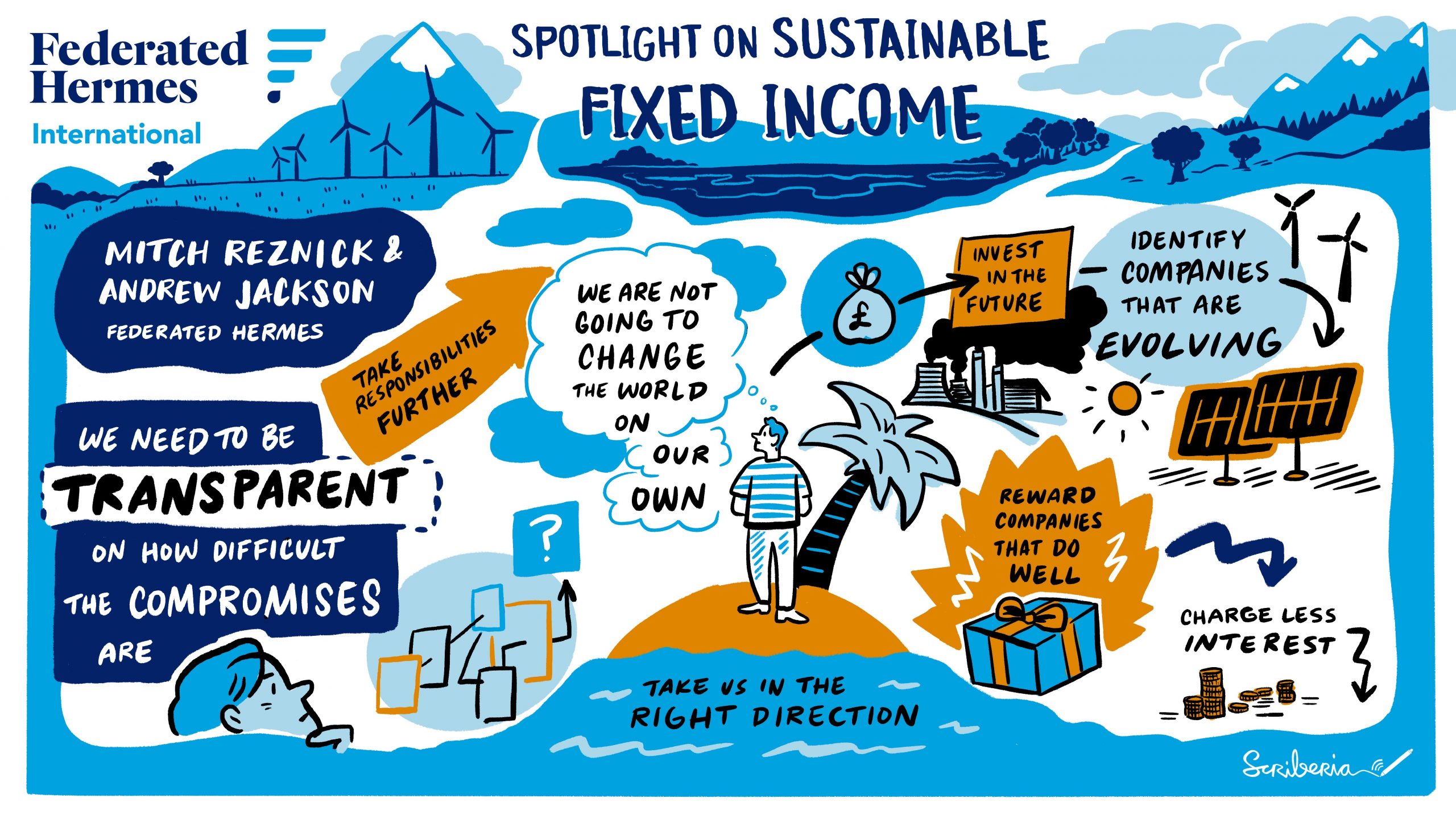 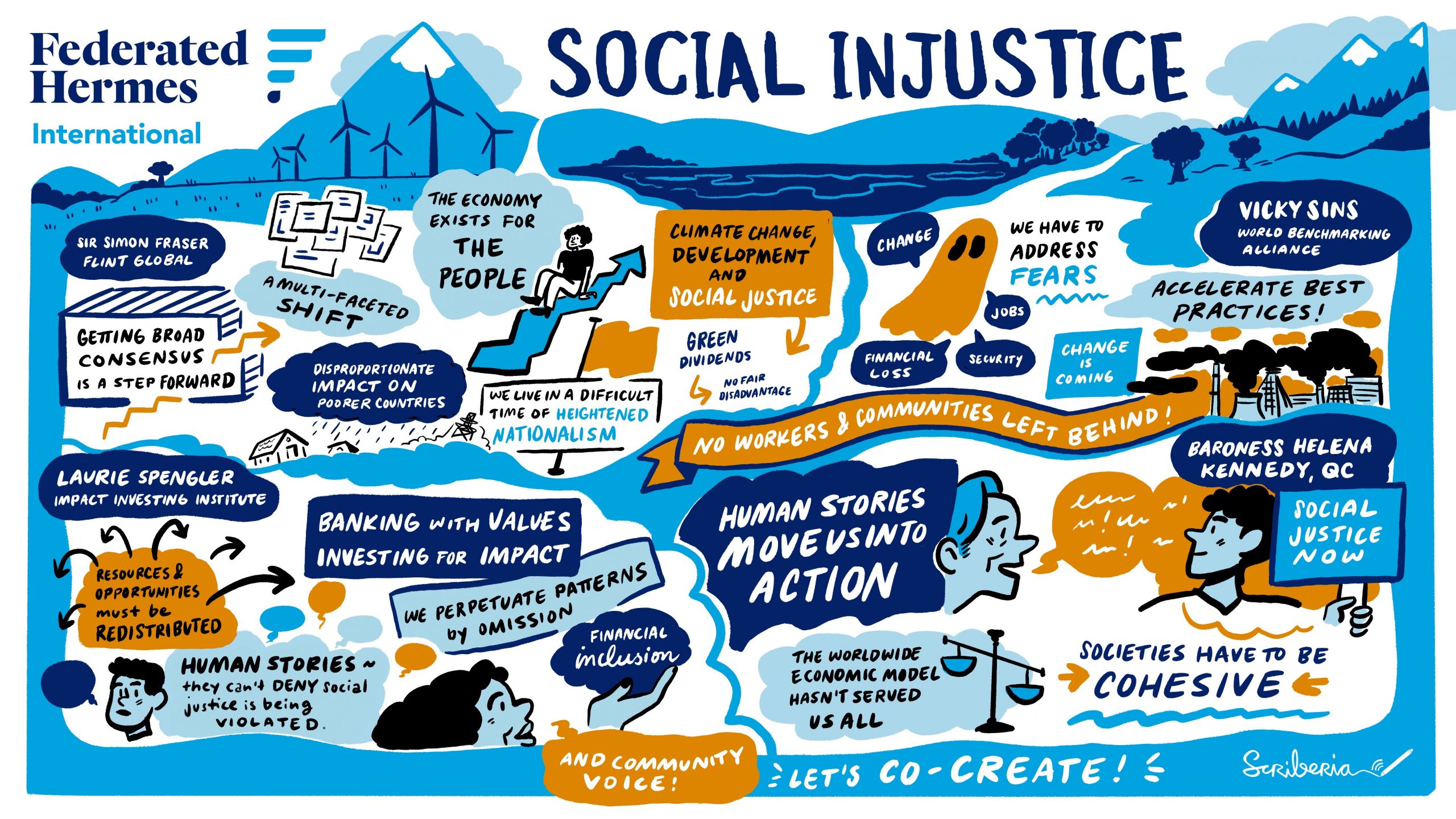 Spotlights from our #FurtherFaster conference 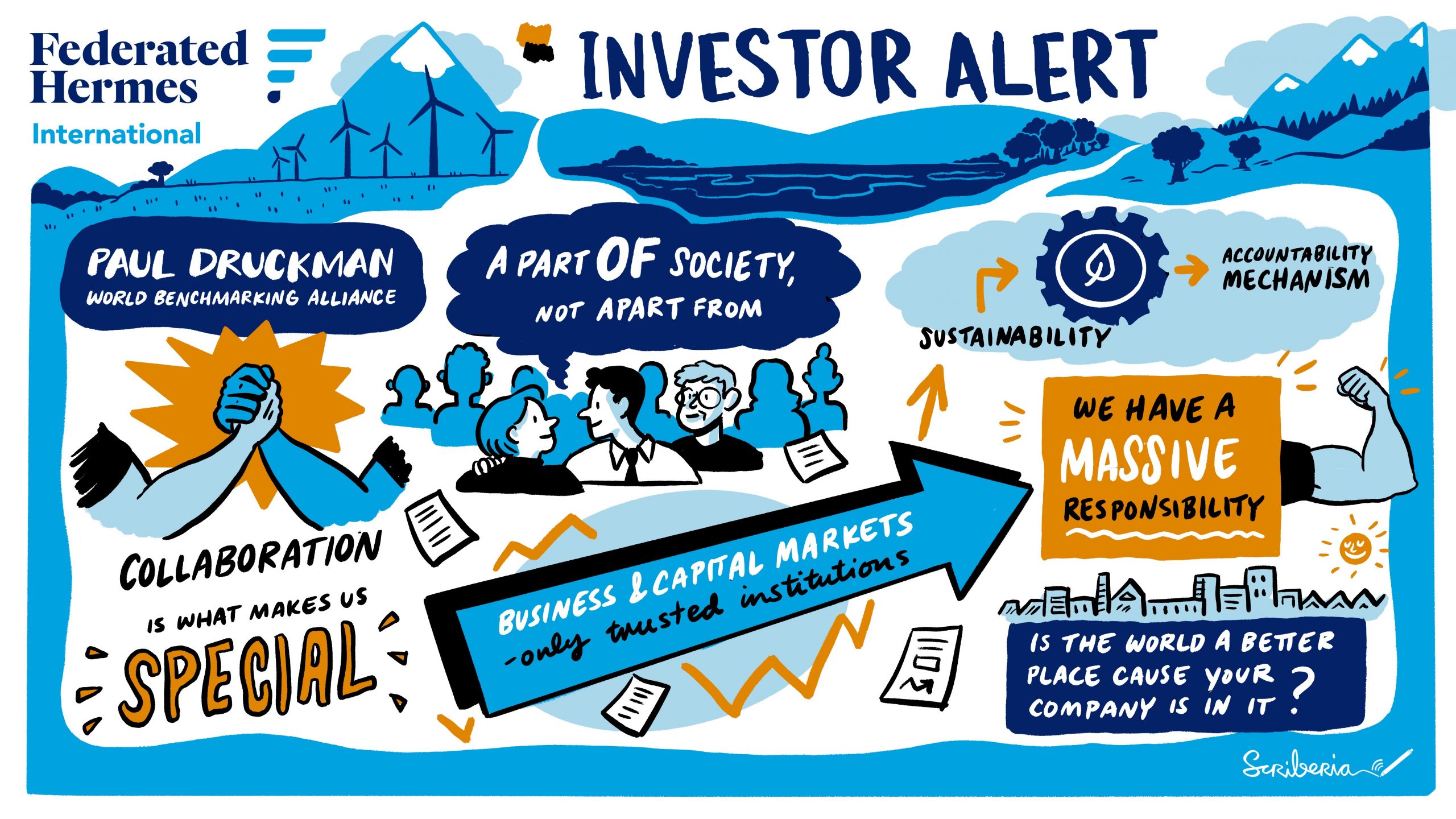 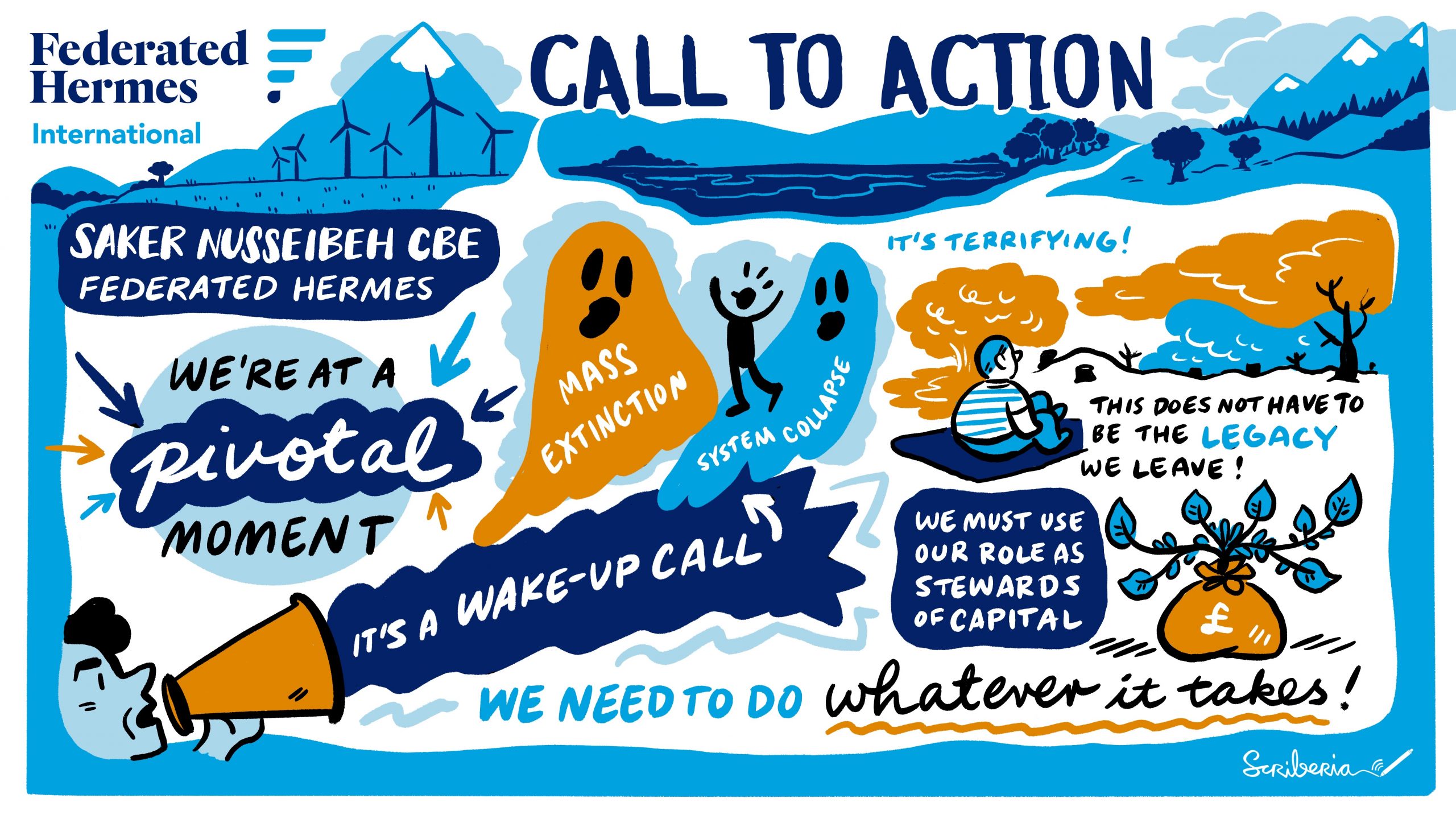 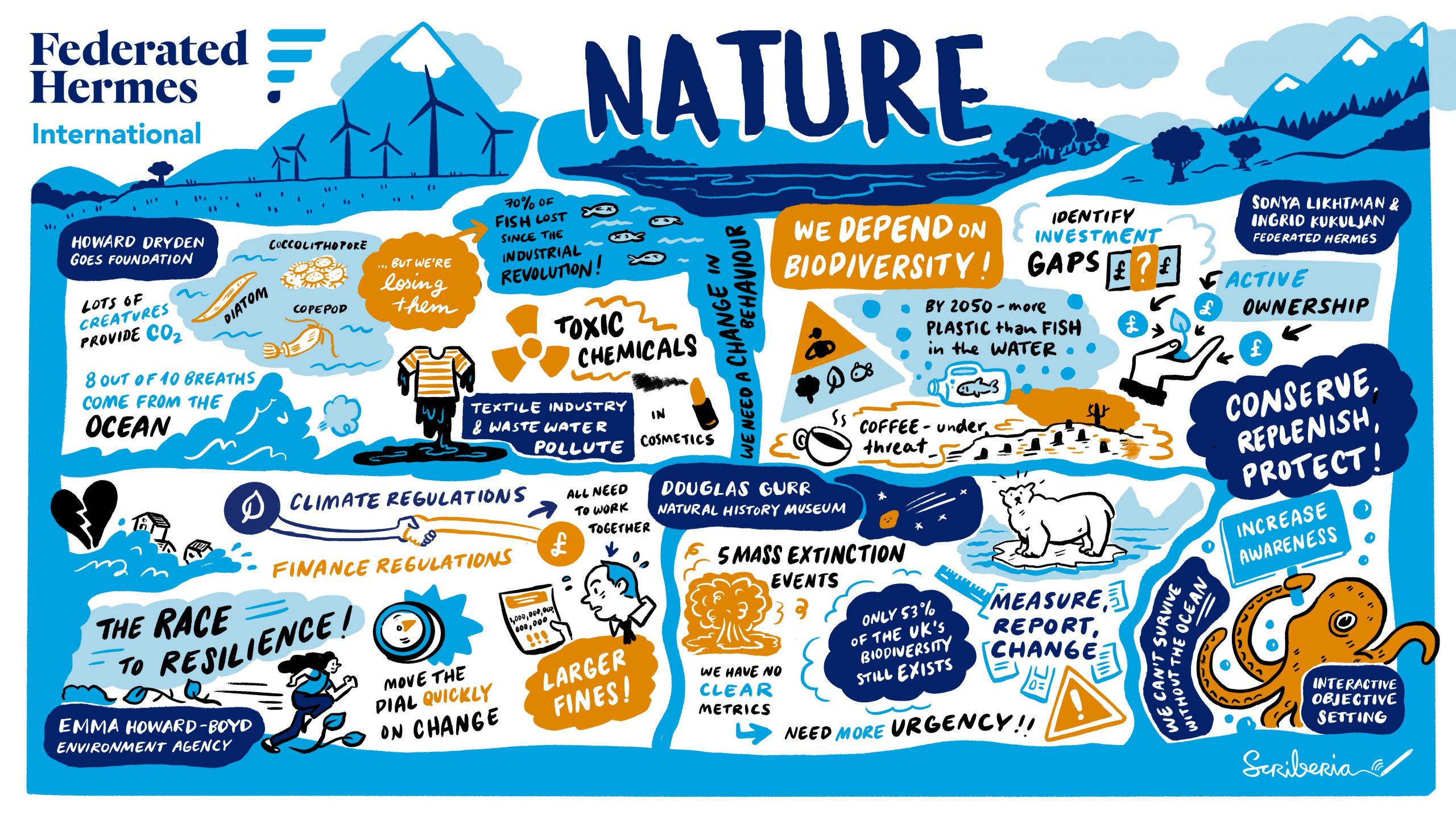 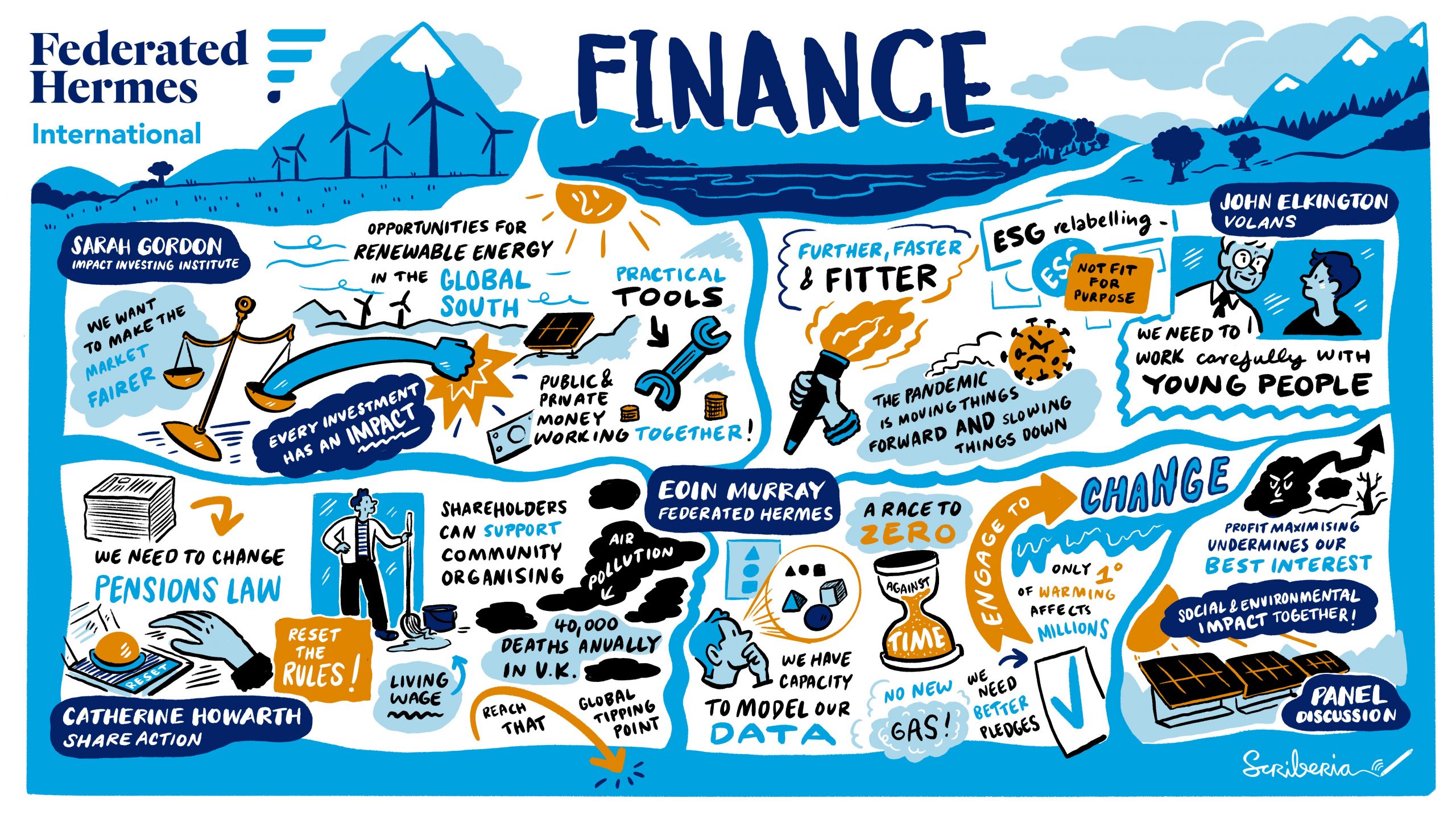 As COP26 approaches its close, the feeling is that it has been a mixed bag. There has been progress in many areas, most notably with respect to deforestation, methane emissions and the involvement of the financial sector. Both the public and private sectors have put forward new commitments, with private initiatives showing dynamism and creativity.

While 90% of the global economy has now pledged net zero over the next 30 to 50 years, ambitions still fall short of the Paris’ goals. According to IEA’s estimates, updated government pledges would put the world on a 1.8°C post-industrial warming trajectory, compared to 2.1°C before COP26, but still above the all-important 1.5° C threshold. In addition, the lack of details underpinning commitments suggests there is a risk COP26 was an exercise in climate change diplomacy, masking a deficit of political capital, a sense that was reinforced by the prominent absence of China’s President Xi. In addition, the divide between advanced and developing economies was largely unaddressed, implying an unfair burden for developing countries.

A bright spot has been the finance industry stepping up its efforts in the fight to climate change, by committing $130tn of capital to achieve a net zero economy by 2050, under the Glasgow Financial Alliance for Net Zero (GFANZ). The headline number – which probably overstates advances – stole the light from advancement in discussions concerning crucial aspects such as the need for harmonised ESG standards and the role of central banks and regulators. In these respects, the IFRS Foundation announced the establishment of a dedicated International Sustainability Standards Board (ISSB), while the Network for Greening the Financial System (NGFS) committed to exploring new and better ways to integrate climate change (and biodiversity) considerations into monetary policy.

At the end of the day, the hope is that what happens in Glasgow does not stay in Glasgow. The conversation needs to continue, broaden and, crucially, yield concrete action. Developments outside and beyond COP26 are the real deal. Going forward, we need more ambition, underpinned by robust and timely implementation – including detailed and actionable plans that can be rigorously monitored against measurable intermediate targets. Also, at the macro level, we need a new framework to assess economic performance that goes beyond GDP and integrates environmental and social standards. This mindset shift is a precondition to ensure we successfully transition to a sustainable world, along the lines of a fair and inclusive process.

US Treasury Secretary Janet Yellen delivered keynote remarks on Finance Day of COP26 in Glasgow on the 3rd of November.  After outlining the economic imperative for the global economy to rapidly decarbonise, she offered up a three-decade price tag:  $100 to $150 trillion, a number as large as the intimidating challenge of the world cutting its net emissions to zero by 2050.  In her address, Yellen admitted that the ability to finance the transition stretches beyond the means of government: “The gap between what governments have and what the world needs is large, and the private sector needs to play a bigger role.” This statement is nothing less than a call for action.

While it would be helpful to see governments like the US deliver into their own promises stretching back to COP21, the asset management industry cannot wait.  Our investors do not want us to wait.  And, with 20% of all primary investment grade issuance in Green, Social or Sustainability (GSS) format, and the volume of the GSS bond market now at over $1.7tn—a 50% jump year-on-year according to Natixis—the global bond market is making room for sustainability.  As fixed income managers, we can do much to deliver into the call to action from the Yellen, the UN, and many others.  We can continue to create thematic investment solutions and investment processes that direct capital to companies that earnestly and credibly seek to decarbonise, whilst simultaneously having the potential to deliver superior risk-adjusted returns.  These are well-governed companies with a vision for where governments and regulators are directing the global economy to be over the next three decades: net zero.

The Glasgow COP was always seen to be an invaluable opportunity to action on previously agreed visions.  The past fortnight has indeed seen significant progress to galvanise consensus towards common standards and frameworks.  Credit market participants will welcome clarity and consistency in this area, noting the significant pledges agreed on coal phase-out, deforestation, methane and emissions.  Their absence to date has often hampered the sustainable finance movement, by injecting confusion, encouraging indecision and unfortunately, aiding greenwashing.

More than ever, Finance and Asset Management have been at the forefront of discussions which are key to facilitating the onboarding of externalities.  The Glasgow Financial Alliance for Net Zero drives further direction of lending away from coal mines and related power stations.  Energy, Utility and Basic Industry sectors are definitively on watch, but no segment of the market can afford to be passive.  Markets love certainty, and with it, comes the ability to plan in a strategic and long-term manner.  With a plan, companies can borrow the trillions of debt financing required for uses such as the energy transition, carbon capture, and biofuel technology.  And, fixed income asset managers such as ourselves can allocate investment capital to fund this.

COP26 will continue to drive an ever more nuanced marketplace – rewarding companies with a keener eye on climate related risks and opportunities through the lens of governance, strategy and risk management. Companies will increasingly have their decarbonisation strategies analysed with science-based targets (or SBTs), with many signing up via the SBT Initiative.  Holistic financial and sustainability analysis is key to delivering positive outcomes.  This can be aided through active engagement.  As metrics and targets become better understood, so too will the differentiation between corporates, financials and sovereigns, leaving active asset managers with a wealth of opportunity to add value.